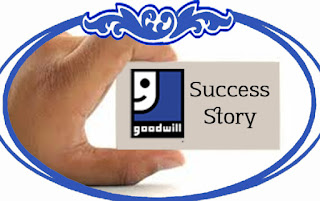 We would like to introduce you to Scott.
He is another one of our many Goodwill Success Stories. 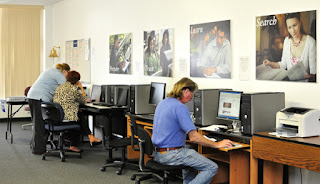 Scott came to the Goodwill Community Career Center for a job fair in October, 2014. Initially, Scott used the Career Center’s computer lab to search for jobs online. He was struggling to get an interview, and asked the career counselor for help. After some edits and suggestions on format, Scott’s resume was ready to be passed along to potential employers.

Scott attended the Job Club at the Mishawaka Career Center. This group helps, encourages and supports those who are in the process of a job search. Joining this group allows participants to build confidence talking about their skills, wants and needs in a career.

In February of 2015, Scott attended a job fair and was able to get an interview with Lowe’s. He was well prepared for the interview. He spent time practicing interview questions with his career coach and attended workshops that helped him understand proper attire, etiquette and protocol. Scott’s hard work and dedication to finding employment paid off. He was offered a job at Lowe’s.

Today, Scott continues to build his skills and hopes his position as a seasonal-employee becomes permanent. He is living proof that dedication and hard work will pay off. He overcame insecurity and stepped outside of his comfort zone in order to achieve his goals. WAY TO GO SCOTT! We are all so proud of what you have accomplished!